New here… and to fonts as well… 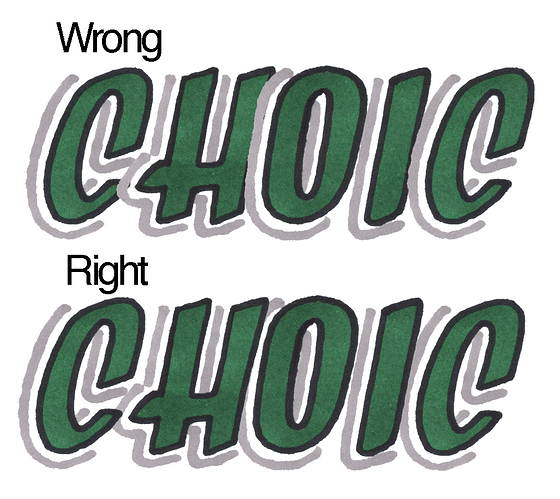 Is there some feature in photoshop that would allow me to switch the order of layering so that letters that appear later in words would be “below” previous letters? Or is there some other solution that I haven’t considered (other than putting each letter on it’s own layer)?

I’d appreciate any help or thoughts on the topic!
Thanks!
Kate

Hi Kate, there is no solution that we are aware of

… but you could upvote the feature request here (FYI both PS and AI share the same text rendering capabilities): https://illustrator.uservoice.com/forums/333657-illustrator-feature-requests/suggestions/35460226-ability-to-switch-how-letters-overlap

Hello Kate,Some time ago I made a font, using Photoshop but it is vector font and it is not English but Russian language. It works even in simple text format, but you have to have a Russian keyboard.
I sent this font to Fontself team and I hope they will contact you and and send this font to you to try.
Good luck and all the best.

Bummer… I upvoted the request.

What is the best workaround? Any thoughts on an efficient way to create the desired output using multiple layers? I’m thinking:

I am creating a template that I will use with this font so I need my workflow to be fast. Fortunately, there are only two small areas where I will use a font with drop shadow, but I would still like it to take a little time as possible.

Appreciate any advice on the subject!
Kate

Thanks @zevs for the submission but the challenge is that whenever glyphs overlap the shadows won’t be hidden below the previous glyph:

@Kate This is a process you could automate via a script - provided you want & can afford to digg into the intricacy of scripting PS: https://www.adobe.com/devnet/photoshop/scripting.html