Importing a Fontself font for iPad into Fontself for Illustrator bug?

I think I stumbled upon a bug.

Here’s what happens. I created a font in the iPad version of Fontself and imported it into Fontself for Illustrator. When I drag and drop new characters into the Fontself plugin window in Illustrator, the newly imported character is super-tiny to the point where you cannot see what it is. Basically, the new character does not import to the same scale as intended.

In my screen grab, I created a ligature for “ff”. The imported “ff” is barely visible. It looks like a few dots!

The funny thing is, if I make the character I want to import scaled HUGE before I drag and drop, like many inches/centimeters tall, the character will appear slightly larger in the plugin window. Strange. 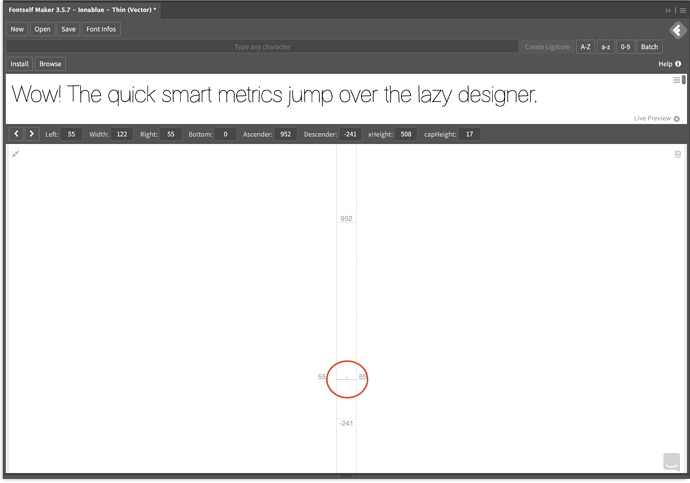 Hey, this is not a bug - it’s related to how glyph sizes are stored by each tool, and no plans to change this.

Fonts created on iPad have glyph sizes set within a 1000 points grid, so your glyphs should be around 500-700 points to fit if you wanted to add them via the extension.

For fonts created on the extension, because glyphs can be drawn at any size in the canvas, they are virtually scaled to fit 1000 units (which is a requirement of the font format).

Hence the different when trying to bring small glyphs in AI into fonts made on the iPad app.