Kerning alternative not showing at home 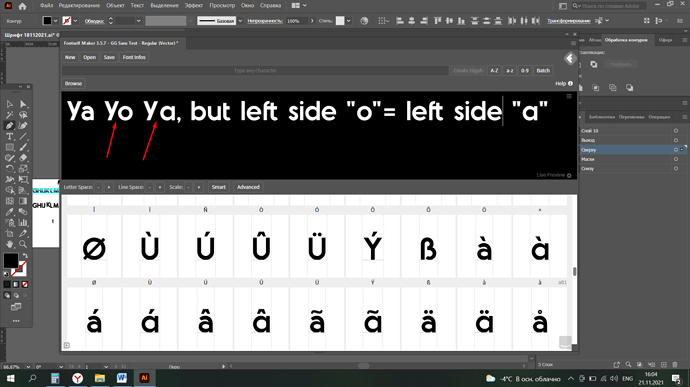 I added an alternative “A” to the “o” group, everything is fine in the kerning panel, but the result is not visible at home. This is not a very important bug, but I consider it necessary to report it.

Thanks, we are aware but cannot fix this as it’s due to a bug in Chromium (which runs extensions on Adobe’s apps), so kerning applied to alternate glyphs will not show up in the main preview of Fontself Maker. In the Advanced views, the kerning will however show up ok as we developed our own text rendering engine for this part of the UI, and the kerning will also be ok when used in other apps.