I’m not sure if any of you guys have found this issue. After creating a font (using the Illustrator extension) and setting the tracking, kerning, kerning groups etc all looks fine in the FontSelf live preview. Then when I’m using the newly created and installed font in Photoshop, the kerning looks way off, in comparison to how its set up in Fontself.

It’s been driving me mad for a while and had spent ages tweaking, (not twerking

) re-tweaking, saving and re-installing the font file…but to no avail. The letter spacing still didn’t match how I’ve set the font up to look in FontSelf.

Finally managed to solve it . In Photoshop, open the Character Panel menu option (hamburger icon on the top of the character panel) if System Layout is checked, click on it to uncheck it. Your font should now appear like how its set up in FontSelf. You may need to click on Fractional Widths but just unchecking System Layout worked for me. Not sure why that works, but it does.

I’ve included a few screenshots below to help illustrate the above. Images are as follows: 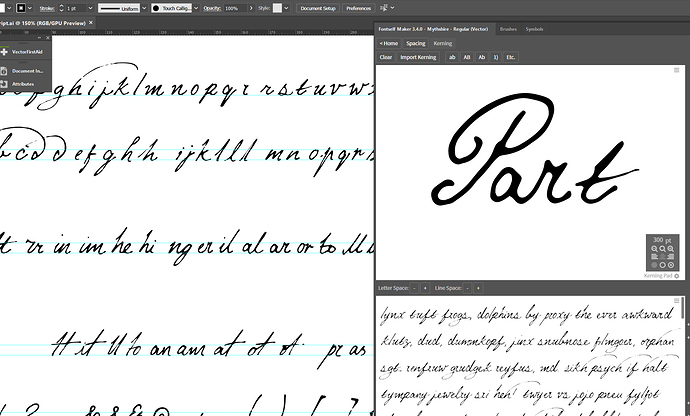 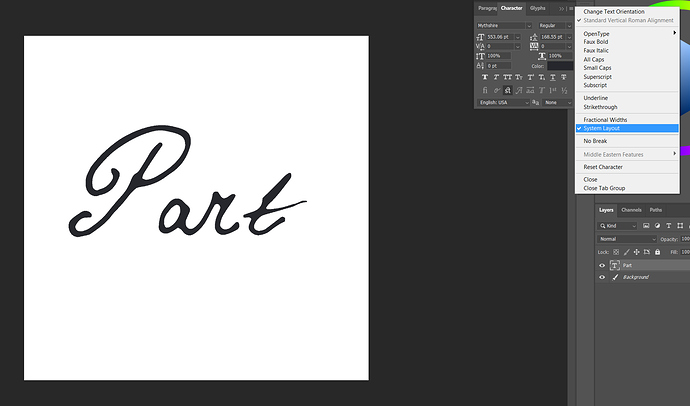 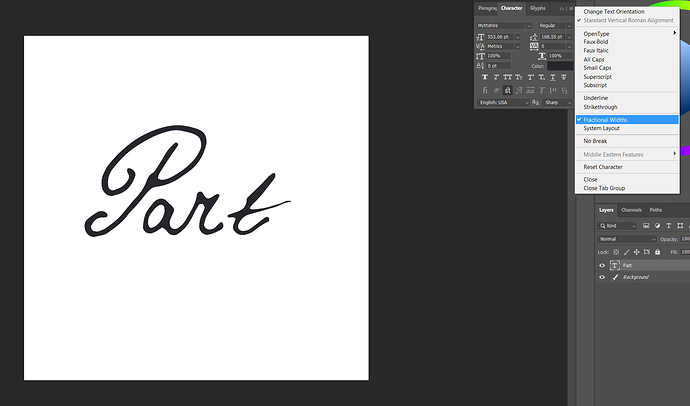 Hope it helps some of you!

Thank you very much @twinbrush for sharing this valuable tip - never heard about this specific feature. Adding it to our knowledge base

FYI the Fractional Width is recommended as glyphs positions will be off otherwise, and when I tried to deactivate the System Layout on a selected text, the feature seemed buggy, as clicking on each option didn’t undo the bad spacing introduce by System Layout. I had to select text and try multiple times before reverting the text to the correct spacing. Sigh…

Apparently this System Layout was initially implemented to preview fonts as they would show up in web browsers.

Happy twerking (specially in these special days of Spring 2020).

Hey @franz No worries at all. To be honest it was completely new to me as well. I was just exploring the character and paragraph panel to see if I could see anything unusual that might be causing the kerning and tracking to look different.

Yea, I get those same buggy interactions too. Sometimes clicking on and off does nothing and you have to do it a few times before it actual affects the text. (oh Photoshop how i love you so

Didn’t know that about the System Layout being used as a browser preview. Strange that it seems to be the default setting in Photoshop. Cheers for that extra info!