Hello guys. Been thoroughly enjoying the Smart Kerning/Spacing function - so I used it on an old font i had to rework. Dropped the outlines and pretty much finished a typeface in less than 2 days. But I wanted to add some diacritics so I switched to FontLab 7 - for its easiness of creating diacritics and for the FontAudit function - as my outlines were far from perfect. Added all the necessary diacritics just to realize that they’re not usable in Adobe CC 2021 products - and they were there, in the Glyphs panel. What seemed to be the issue - they had no Unicodes assigned to them?!?! (See the attachment)

By default FontSelf assigns a range of Unicodes to single characters that are part of diacritics - a, u, o, e, y, i. When FontLab creates the diacritics it cannot assign them the correct Unicode because it has already been assigned to the main glyph. So I needed to manually remove all Unicodes from main elements and add them to the diacritic glyphs. 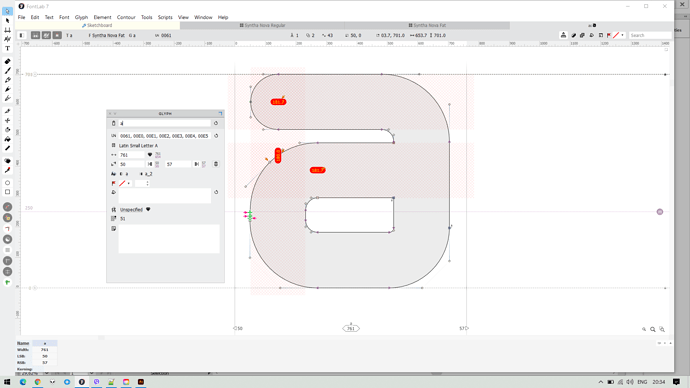 Is there a particular reason for this behavior of FontSelf?

Thanks for the response!!!

This is an automated fallback solution for fonts that don’t support accented characters. We assumed that in most cases end users would prefer to see the unaccented glyph than a different default font (and not something you can deactivate for now).

Thanks, Franz. I supposed something similar. Hopefully you guys are working on future improvements like easy diacritics creation

so we can stay away from Fontlab entirely!!!